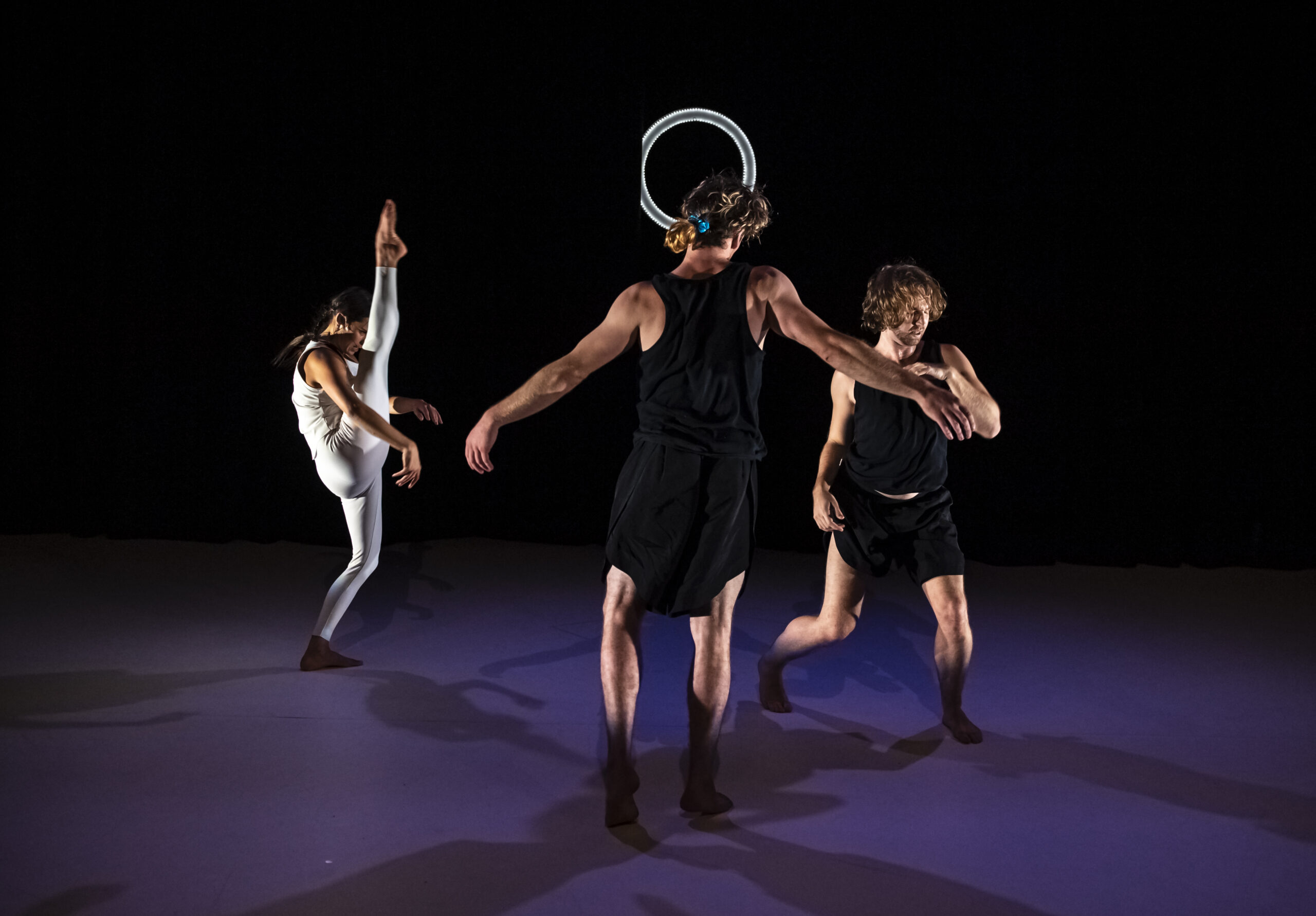 Award-winning choreographer Alisdair Macindoe debuts Reference Material, a new dance work as a part of Darebin Arts Speakeasy season at the Northcote Town Hall Arts Centre. This piece adequately explores the process and history of dance making in the age of narcissism.

Described as sitting somewhere between a lecture, a stand-up show, a guided tour and a dance recital, Reference Material is a chaotic and humorous performance that reflects a world saturated by media technology. It is unapologetically aware of its own cultural context whereby the dancers speak into a microphone explaining what movements they are currently performing and the thought process behind it. Throughout the show’s entirety, there is a comedic element that relishes in the narcissistic qualities of young people and is juxtaposed by the humbleness of their physical coordination. 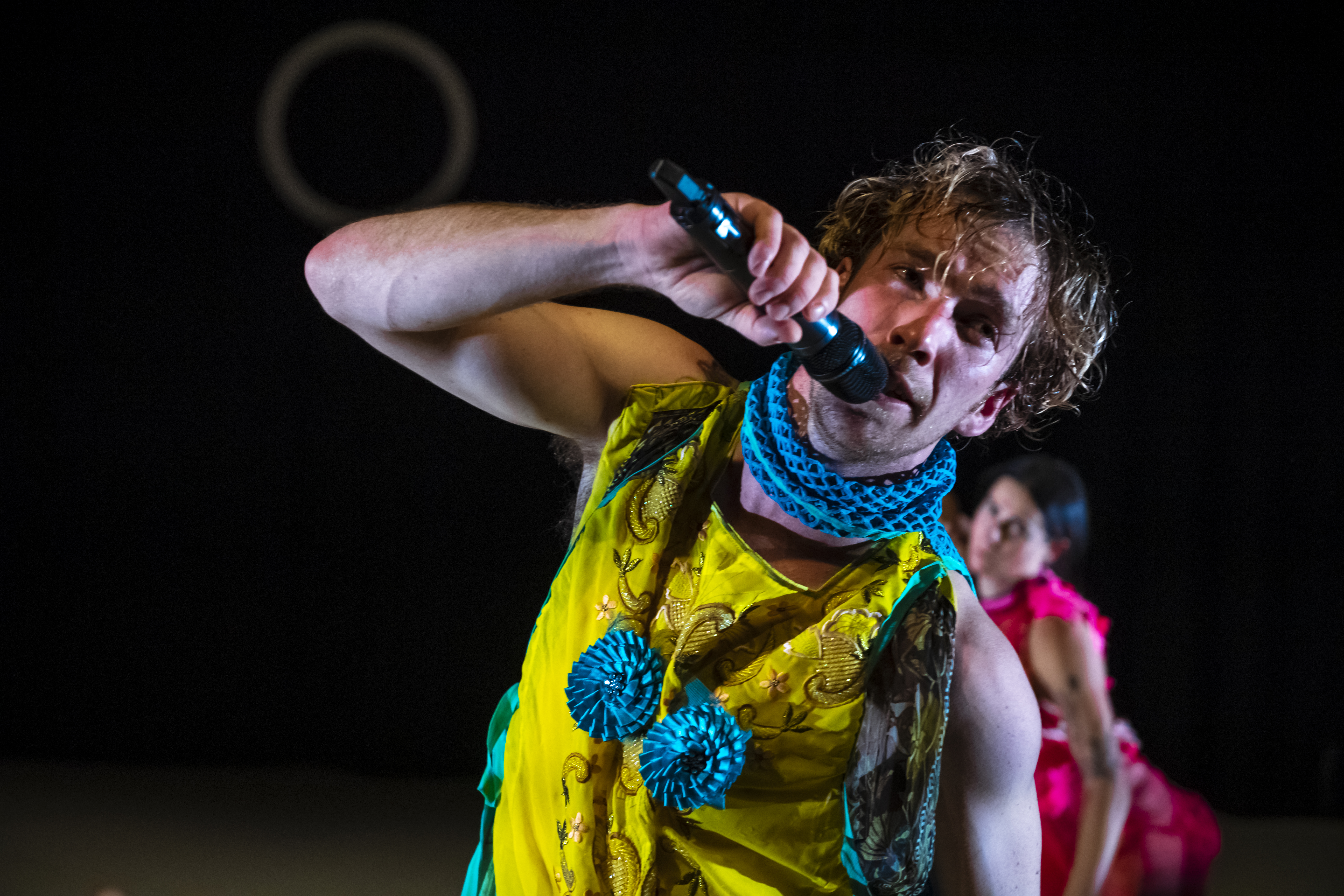 The minimalistic stage setting is decorated with the colourful and jester-like stylings of the dancers’ costumes, some of which pay tribute to Alisdair’s mentor Lucy Guerin with her name plastered on patches of their clothing. The tributes continue to flow for Lucy and other pivotal creatives throughout history including Antony Hamilton, Bob Fosse, Alvin Ailey and many more as the dancers list a flurry of names in a haste (while maintaining a highly intricate set of dance movements).

There needs to be recognition of effort for the amount of work that has been invested by Macindoe and the cast—not only for executing the movements well but appreciating the process of how those movements came to fruition. There is a calmness in the choreography despite the movements being quite jarring and erratic, which is symbolic of how humanity is today—brains splattered against the wall as a result of an overloaded system of thoughts, which have been injected into us via media and technology. The soundscape mirrors this notion by featuring white noise that is coated in the dancer’s non-stop dialogue of what it means to be a dance maker in a time where technology has fundamentally altered the way in which we listen and connect as human beings. 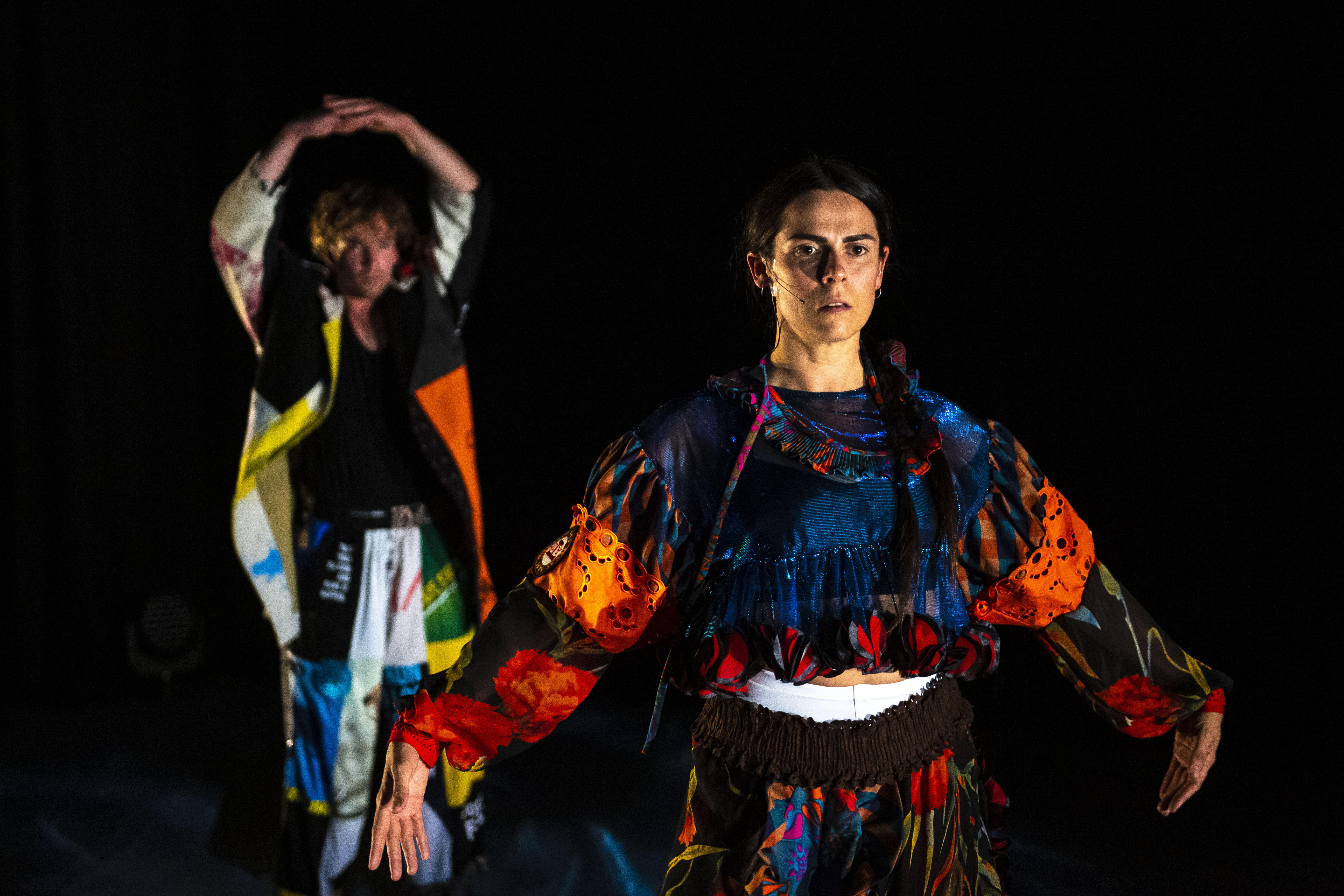 “From an outsider’s perspective, dance can seem to employ regressive power structures, as it can require extreme levels of discipline for dancers to achieve excellence and depth in the form. It’s a form of creative expression that requires failing at what you are physically doing in front of at least one other person to make progress. So there are inbuilt emotional and psychological barriers that must be worked through; I love this about dance,” said Alisdair Macindoe in his artistic statement.

With a biography as drenched in awards as Macindoe, the expectations for a work of this calibre is immensely high. Macindoe has earned critical acclaim in the media, receiving local and international awards including five Greenroom awards, a Helpmann, and a New York Dance & Performance ‘Bessie’ award. Notable collaborations include his work as a dancer for Lucy Guerin Inc, Chunky Move, Antony Hamilton, Stephanie Lake and DanceNorth, and his work as a sound designer for Chunky Move, Antony Hamilton, STOMPIN and DanceNorth. Macindoe brings an outstanding array of choreographic artistry to the piece, which is illustrated seamlessly by Rachel Coulson, Harrison Ritchie-Jones and Geoffrey Watson. There is great mental and physical elasticity of the dancers to perform monologues without barely taking a breath and simultaneously demonstrating incredibly technical contemporary movements to each syllable. If you think patting your head and rubbing your belly at the same time is hard, this piece is sure to work both parts of the brain in ways not previously seen by the dance world!

Reference Material takes on the impossible task of paying homage to the Australian dance lineage as a complex, intertwined network of ideas and languages shared in physical spaces and passed down through intimate experiences.