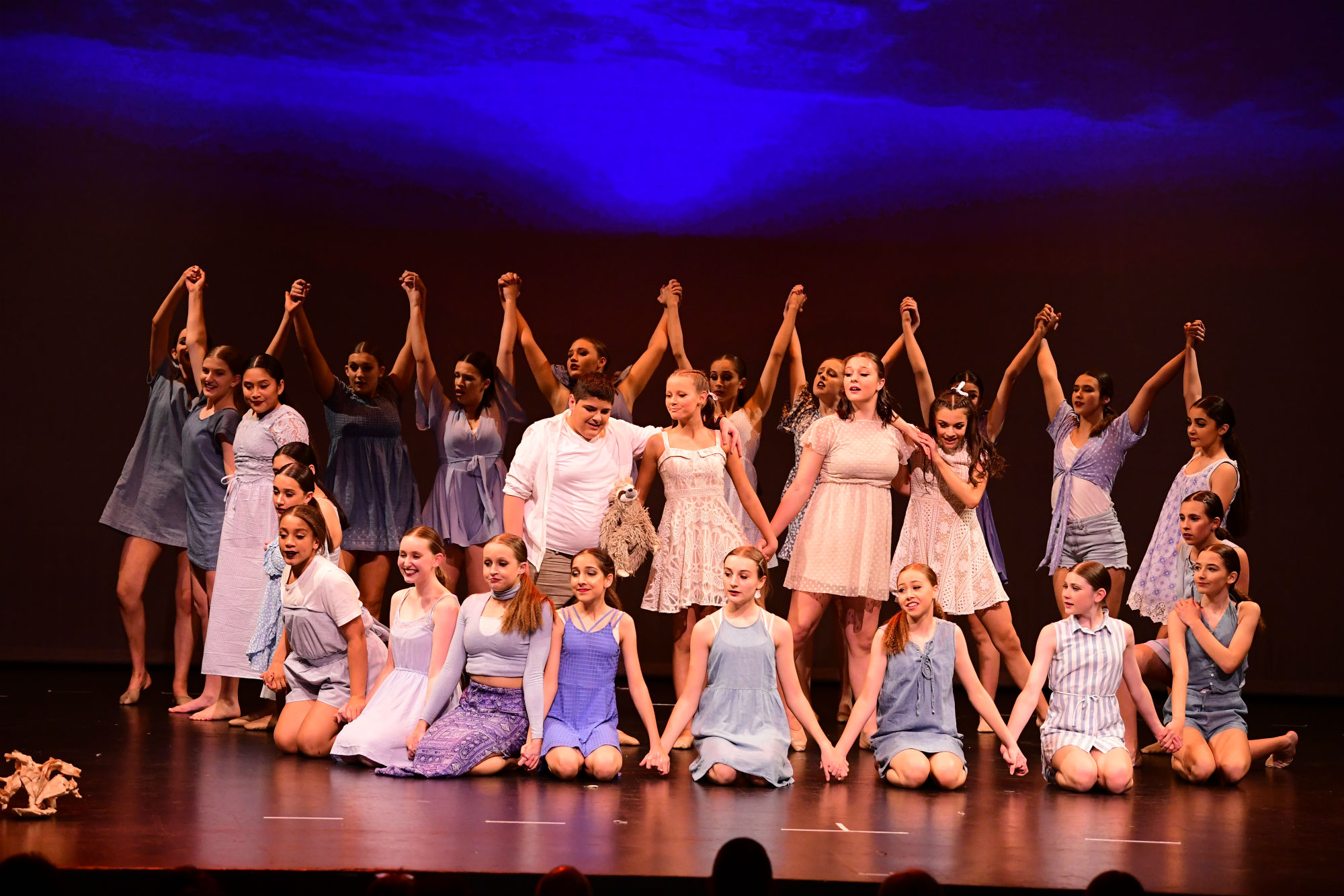 Wakakirri, established in 1992, is Australia’s largest performing arts event for schools. Competitors perform an original three-to-seven minute ‘story dance’ that expresses an issue or story, often relating directly to the assortment of controversial topics that youth face within their communities. This year 20,000 students from over 280 primary and secondary schools attended heats throughout the country.

The Wakakirri Secondary Awards Night (featuring panel members Kristin Agnoli and Michael Cormick) is comprised of the top ten secondary school performances from across Victoria. Each school performs their expressive routine for a chance to receive a nomination for the National Story of the Year award. Through the high stakes of the state and national wide competition the pure joy and support between the schools was visible both on and off the stage physically and verbally, the cheers and enthusiasm from the audience said it all.

Receiving the ‘Best Adapted’, ‘Best Backstage Crew’, and ‘Spirit of Wakakirri’ awards, Traralgon College took a creative spin on The Wizard of Oz to express the importance of friendship, teamwork, and resilience in facing a bully, not surprisingly portrayed by the Wicked Witch of the West. Their use of simple yet effective background props in combination with brightly coloured costumes assisted in characterisation and helped them to communicate throughout their ‘fun’ and ‘interactive’ routine. Finding internal strength with the help and support of friends was the discernible message of their performance. Smooth transitions made it clear to see the importance of each individual involved in presenting this production number to the panel and audience one more time in 2019’s Wakakirri competition.

The Lakes South Morang P-9 School: Beyond the Bricks

Consisting of contrast between costumes, styles, music, and tone, this routine provided a vivid representation of the Australian value of connection to community, depicting themes such as teamwork and inspiration. Awarded the ‘Best Inspirational’ and ‘Most Creative Use of Resources’ awards, Lakes South Morang used emotional expression to provide the entire audience with a sense of ‘belonging, community, and love’. Sparing use of the single prop – a tree – accompanied by the clever use of sound and lighting changes drew the audience’s attention away from what could be a potential distraction and into the depth of the dancers’ projection. The many talents of the performers were explored through a lyrical and hip-hop fusion while providing the audience with a homely and relatable performance to watch.

Mount Erin College took it upon themselves to express a story that was not only relatable, but true, earning them the ‘Best Social/Current Affair’, ‘Best Minimal Use of Sets/Props/Costumes’, and ‘Best Individual Costume’ awards, not to mention their Division Two nomination for the ‘Story of the Year’ award. Their story dance represented the struggle that refugees face through a recall of the ‘boy in the red t-shirt’. Opening the routine, dialogue placed over music set a confronting  scene, expressed through minimal props, plain, monochrome costumes and elements of stillness. Out of all ten performances this one totally silenced the audience. Youth taking on such a controversial issue made an undoubtedly inspiring impact, while the bowed heads of the performers concluding the routine further expressed their respect and awareness of this topic.

BAM Arts Inc (an all-inclusive dance and drama program) took a spin on the board game, Jumanji, taking the audience around the world to Mexico, India, and Australia. The only way out was to roll a double six. Their use of a simple costume comprised of a black t-shirt with an image of earth, pulled the audience’s attention to the dance and pure joy of each individual performer. The upbeat nature of this creative jazz-inspired routine kept the audience engaged and enjoying as much fun as those on stage. The commitment of the entire group was visible through the seamless transitions between sound and ‘countries’ earning this ‘joyous’ performance the ‘Best Adapted’, ‘Best Creative use of Signature Item’, and ‘Spirit of Wakakirri’ awards.

Appropriately being awarded the ‘Best Raising Awareness Story’ award, Bendigo South East Secondary College expressed a ‘brave’ issue through their exploration of reality vs expectation when it comes to the consequences of one’s actions. The routine was performed in relation to peer pressure in conjunction with alcohol, a common issue faced by youth. This ‘well-rehearsed’ issue cemented the impact in the mind of the audience, who sat in awe of the talent and emotion portrayed on the stage. A smooth combination between live vocals, movement and the school-setting helped the audience to relate to what each individual was trying to say. Bendigo South East Secondary College maintained high-energy throughout both the jazz and contemporary styles during the performance, keeping the audience engaged and wanting more. The routine ended with a final link to the importance of control when it comes to one’s actions, first considering the number of possible outcomes.

Our Lady of the Sacred Heart College

Our Lady of the Sacred Heart College: Fractured Facades

The ‘Best Health and Wellbeing’ award was presented to Our Lady of the Sacred Heart College, along with an equal Division One nomination for the ‘Story of the Year’ award. Their routine was based on the concept of emotions and how easily they can be covered up with something like a mask. Performers and audience alike were transported through the stages of self-discovery and emotional recognition by the clever removal of the expressionless masks. Employing digital aids allowed further interpretation of the message, while the use of ensemble vocals created a sense of inclusion and belonging among the emotionally touched audience. Within the piece there were three visible sections, each characterised by a different costume/tone, embracing the message and creating variation between styles, emotions, and sub themes. Represented by a piece of flowing material, the routine concluded on a message of hope after the struggles washed away.

Through a modern twist on a common, recurrent issue, Geelong Baptist College presented a routine filled with contemporary elements, exploring the devastating reality of coal mines on the environment. With a technological approach to the issue, the College earned the ‘Best Environmental’, ‘Best Individual Makeup/Hair’, and ‘Most Creative Reuse of Material’ awards. Highlighting the perception of ignorance in relation to some leaders, the routine was made up of a number of handmade props, such as an umbrella jellyfish, which helped to enforce the connection to a tree, physically, emotionally and spiritually. Musically, the ‘well-rehearsed’ routine utilised both instrumental and lyrical soundtracks, natural imagery through bird sounds, and spoken word poetry, all complementing their creative movement and costume choices. The audience was taught a lesson about earning trust in society and the reasons for possible denied trust in a diminishing environment.

Mount Alexander College: In My Head

This routine contained the least number of performers out of the ten routines, however the impact of their story was no less than those consisting of large ensembles. If anything it was more. By selecting body image/lack of self-love as the issue to address, this group of girls from Mount Alexandra College took on board ‘an incredible amount of vulnerability’ to shed light on the emotions so many people hide as a result of poor mental health. Movements across the music in dull light helped emphasis the struggle faced by one in seven young people today. Receiving the ‘Public Speaking’ and ‘Best Mental Health’ awards, these performers took the everyday objects of a mirror and a rope to bring an extra element of relationship to the dance. Two soloists were featured at separate times, expressing the possible feelings of loneliness in times of need, and the use of dialogue ended the ‘touching’ performance with an enforced depth regarding the messages of understanding Mental Health and the importance of knowing when someone is and isn’t okay.

Northern College of the Arts

Northern College of the Arts and Technology: Better Than Today

Having received the Division Three ‘Story of the Year’ nomination, as well as the award for ‘Best Original Story’, the students from the Northern College of the Arts and Technology took the notions of homelessness, bullying and war to display the journey to reach a day that  is ‘Better than Today’ against the turned backs of the government. Today’s society is made up of two types of people – the viewers and those who take action for what they believe in. These students took this opportunity to express their beliefs and some of the most common issues through having the unique amount of musical elements parallel to the lighting, design, and movement choices. The ‘beautifully crafted’ choreography and emotion of this routine gave the audience a sense of urgency as the dancers performed to spoken quotations, and expressed the strength and power of numbers through the use of partner work. This theme was ‘incredibly portrayed’ with the assistance of costuming and characterisation, causing the audience to engage that much more.

Hoppers Crossing Secondary College: Be Careful What You Whisper

At the conclusion of the evening, Hoppers Crossing Secondary College was awarded ‘Best Lighting Design’, ‘Best Social Media’ and a Division One nomination for ‘Story of the Year’. Their story dance addressed the impact that rumours can have on a society, contrasting against the way in which youth should be acting. The use of digital technology emphasised the recent increase in online targeting in a school setting. As this was a school-inclusive event, the majority of the audience was able to take their interpretation of the story and create a link within their own lives. The format of this routine was expressed as ‘reality before expectation’, what really happens versus what should be happening. A jazz, contemporary and hip-hop fusion created a ‘cultural, brilliant, and humorous’  routine with serious undertones, keeping the audience continuously engaged.

All ten schools performing in the Wakakirri Secondary Awards Night proved that they deserved to be there and had a clear message to share. Comprised of all ages, the audience remained engaged throughout, expectantly awaiting the next performance to hit the stage. From emotion to laughter, silence to cheering, each theme was uniquely presented with the inclusion of all the arts. Each performance took care in utilising the 2019 Wakakirri signature item – a sloth – which further challenged their creative talents. With feedback provided from panel members Kristin Agnoli and Michael Cormick, all the schools are able to take this in to consideration when preparing for Wakakirri 2020. With their hearts on the stage, the schools presented an entertaining, rewarding and inspiring event for all involved.

Not long now until the 2019 Wakakirri Story of the Year is announced….. 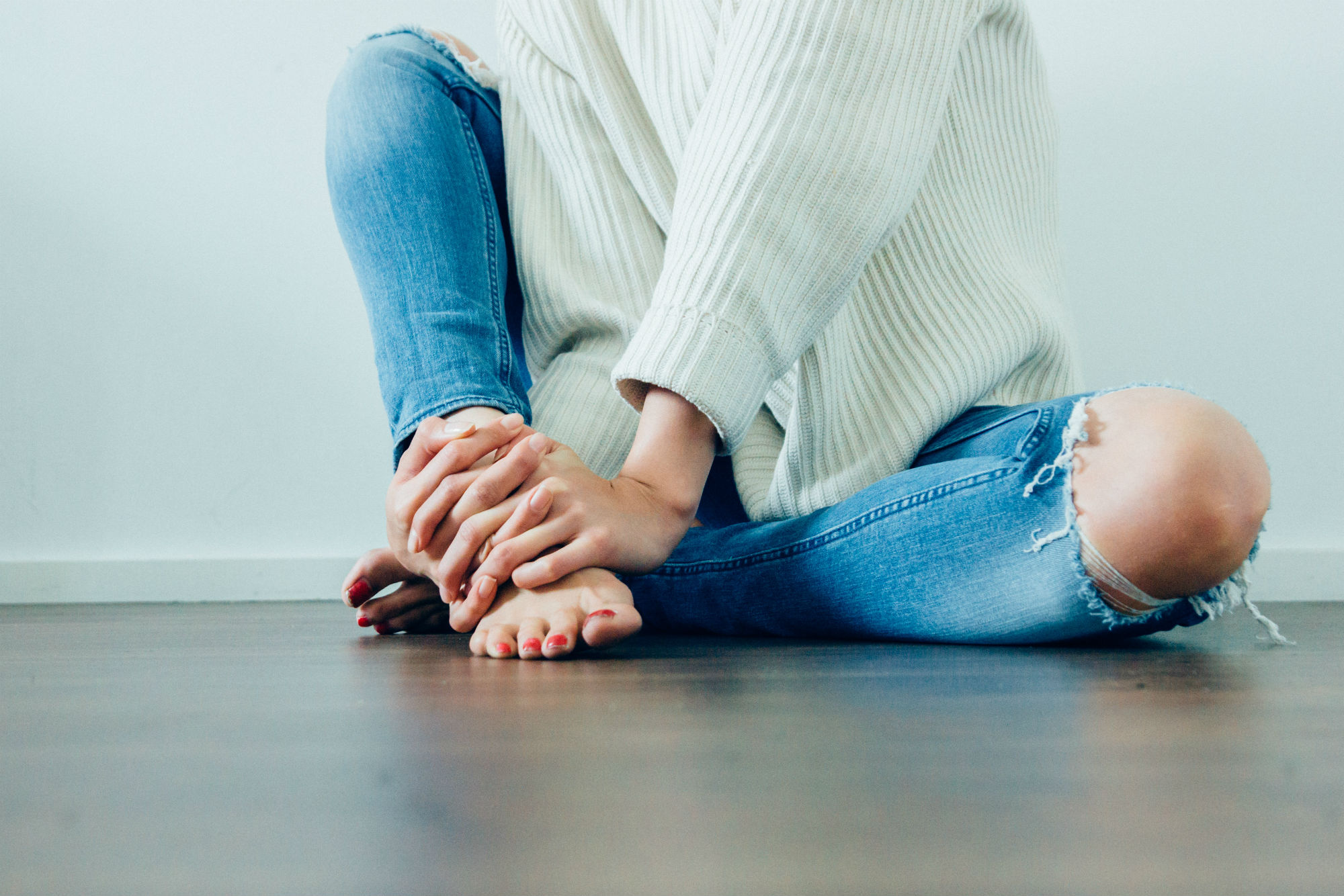 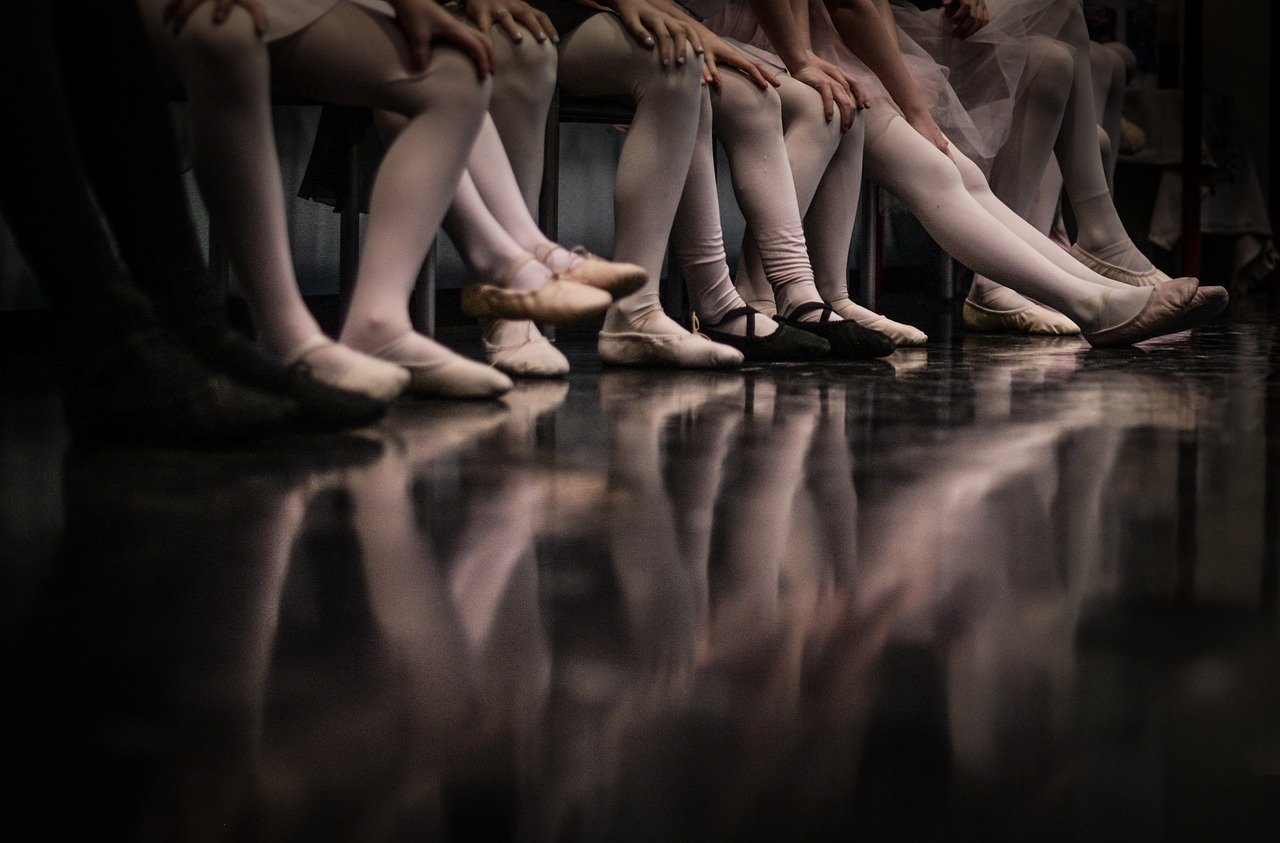 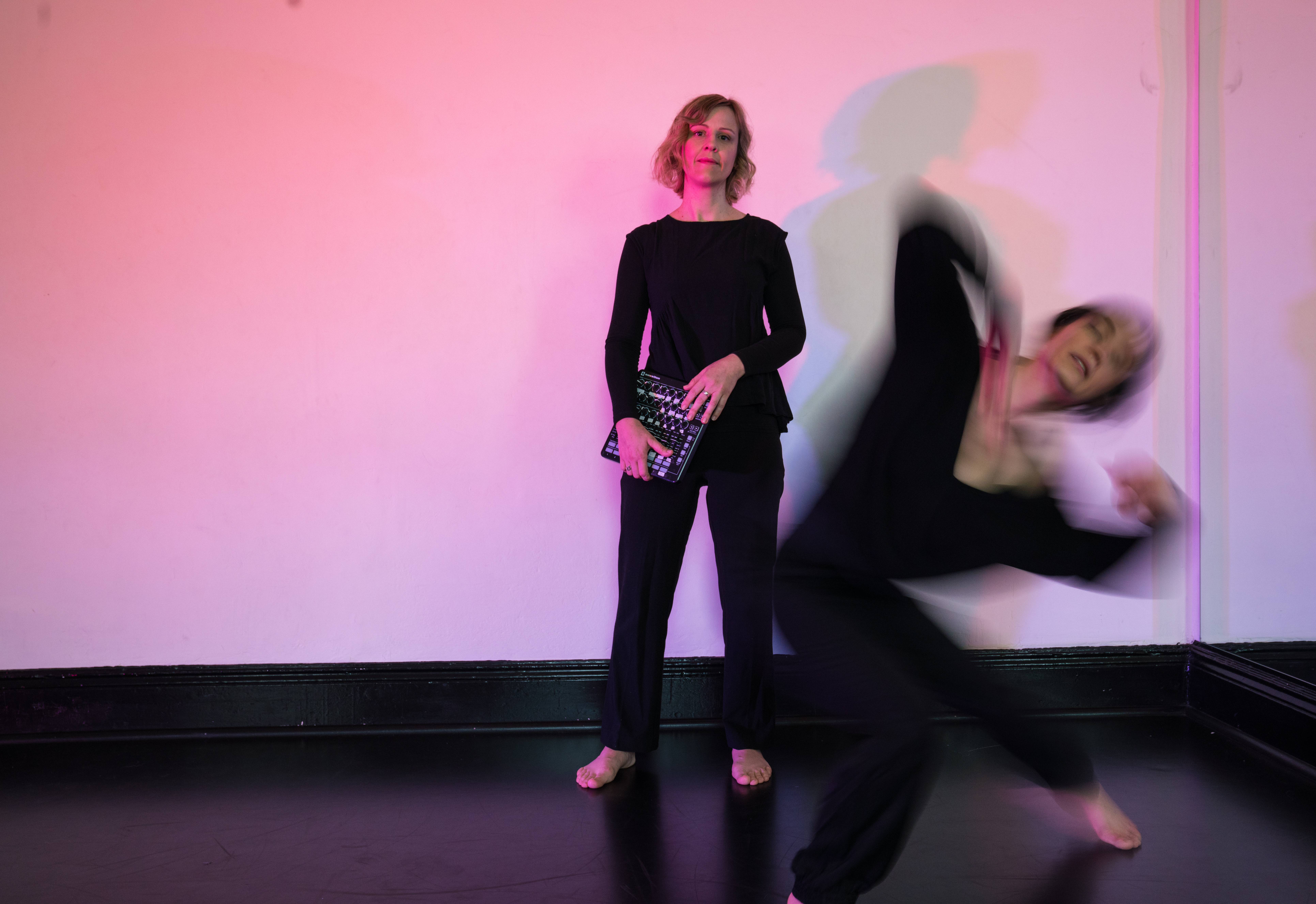