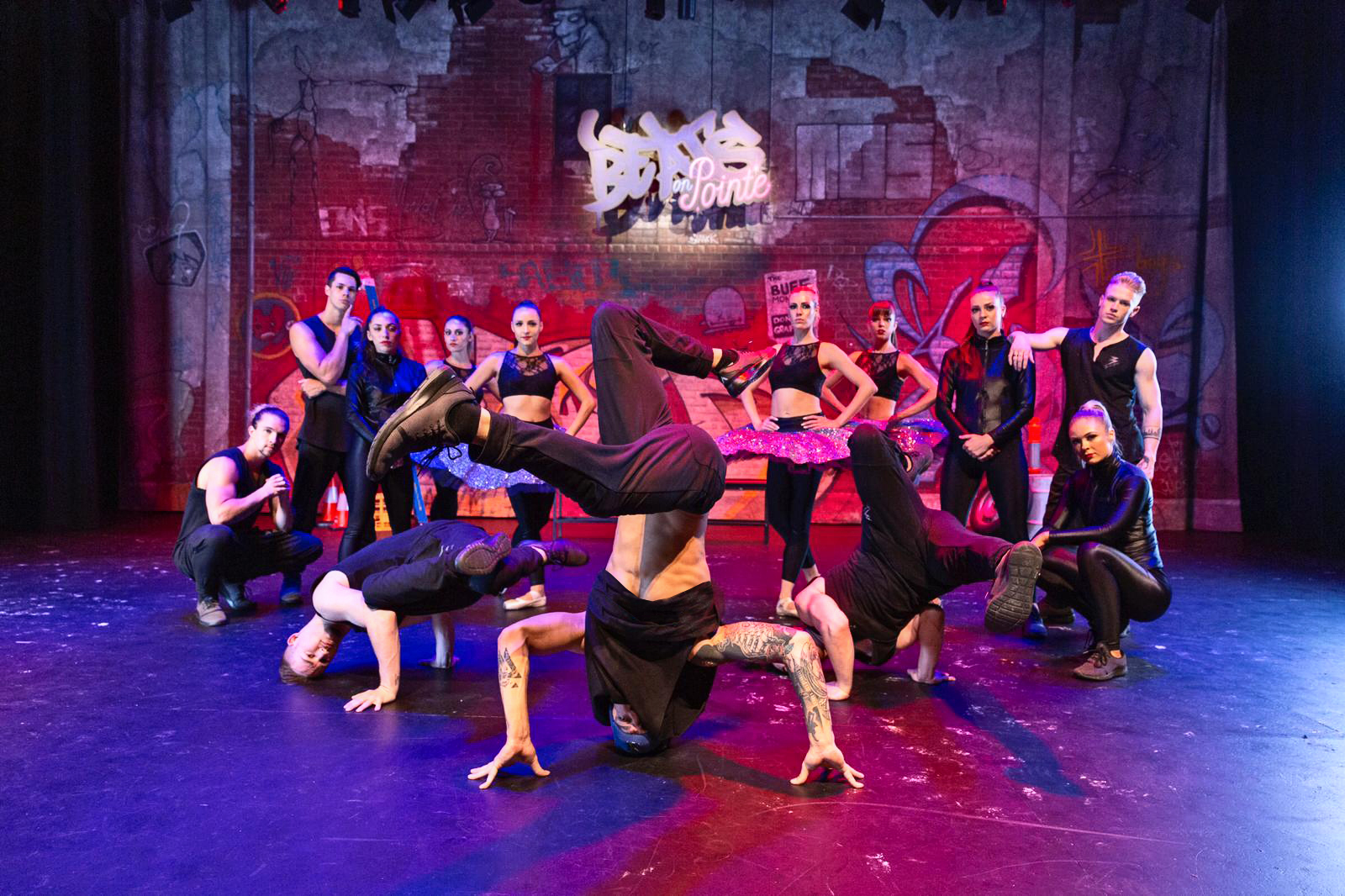 Masters of Choreography’s Beats on Pointe showcased its own hybrid style of neo-classical and hip hop that captured audiences hearts at the Athenaeum Theatre in Melbourne.

12 cast members of both male and female athletes performed an astounding and electric set of choreography that never wavered from its high level of energy. The upbeat spirit from the dancers was predominantly due to the ‘thumping’ soundtrack, which included all the classic pop and R&B tunes such as T-Pain, Michael Jackson, Britney Spears, Chris Brown and so much more.

The show began with a classic tale of hip hop versus ballet in the streets, utilising all the comedy it had at its disposal such as a slow-motion winner reveal to the soundtrack Chariots of Fire. As unoriginal as this particular skit was, the children in the audience were heard from afar, cackling in hysterics at the over-dramatisation. A crowd favourite was male dancer Brodie Chesher who showed extraordinary ballet vocabulary but carried the persona of comic relief as he paraded nothing but a pink tutu and occasionally, black stilettos.

Arguably the most comedic moment in the show had to be the male-female duet dressed as an elderly couple who sweep up the confetti on the floor and suddenly break out twerking and krumping when the chorus hit. The irony between the elderly arthritis and the young dancer’s athleticism and flexibility sewed together to create a magical moment of laughter.

It was not until the second act that the show really took its flight. Beats on Pointe became less about which style was better (hip hop or ballet) and more about fusing the two in a hybrid style. The choreography interweaved moments of both styles and used creative elements such as UV, light-up tutus and torches to bring the ballet sections up to the same energy intensity as the urban sections. Elements of singing, beat-boxing and drumming all weaved their way into the production to not only highlight the dancers’ musical skills, but to also bring diversity to the the term ‘beats’ in its title.

Beats on Pointe cast is to be congratulated on producing a powerful show that demonstrates the true talent of the Australian dance industry.  We cannot wait to see how their world tour goes.