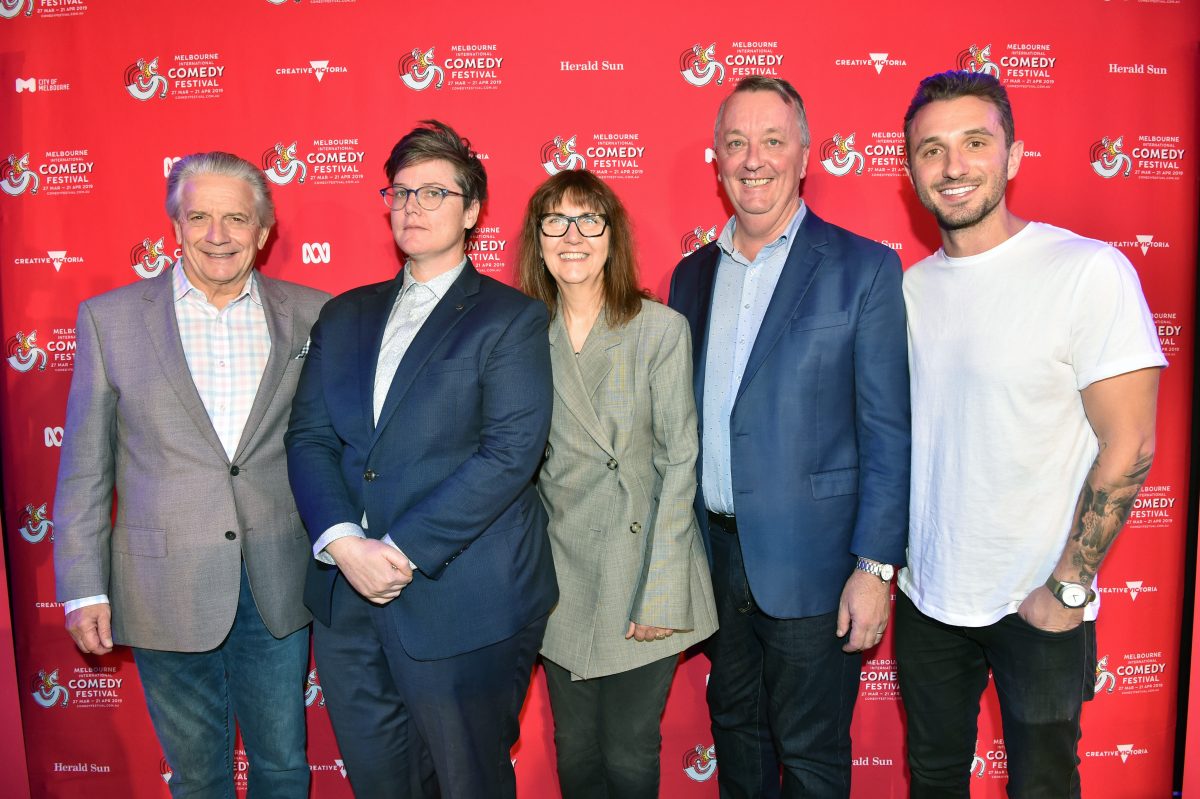 The famous Spiegeltent, proudly ensconced at the front of the Arts Centre Melbourne, set the scene for the launch of this year’s event. With a record 7,700 performances, the 26-day festival boasts 616 shows over 100 venues throughout the city. An absolute plethora of talent, humour, insightfulness and diversity, the Comedy Festival features performers from ground roots to international acclaim, creating what is a truly global event.

Hosted by Tommy Little, the launch was ‘short but sweet’. Festival Chair Bill Shannon and Festival Director Susan Provan both addressed the audience, their speeches exploring what the event means to Melbourne. Provan said,

Comedy is part of the cultural fabric that defines our city. We are lucky to live in a city that draws people from all over the country and the world to perform and watch shows.

The official opening was conducted by Lord Mayor Sally Capp and Creative Industries Minister, The Hon. Martin Foley MP who reminded everyone that,

Melbourne International Comedy Festival is a globally recognised event that attracts a huge, passionate audience to enjoy a belly laugh with some of the world’s funniest people. This is the biggest edition yet, offering something for everyone. There are plenty of free and cost events in this year’s program, and lots of opportunities to get in on the fun.

Little’s relaxed commentary tied the show together, particularly in his welcome to clever musical comedy duo Flo & Joan, and the ‘surprise’ appearance of special guest Hannah Gadsby. A ‘literal sponsored child of the festival’, Gadsby explored her experiences coming through the ranks,

I think this program has really helped nurture not only my voice, but also the confidence to use my voice on stage. I doubt that without the infrastructure provided by the Festival program that I would have persevered through the rough and tumble of the world of stand up comedy.

This iconic annual festival, combined with the programs run throughout the year, has given comedians from across the world the opportunity to hone their art and find their voice. More and more, comedy is becoming a recognised avenue for strong social commentary, a fact recognised by Director Provan,

This year we are hosting clever, funny people from all corners of the globe at this year’s Festival. The Festival is a place for everyone, and a vehicle for voicing the issues of a nation.”

Supported by the powerful words of Gadsby,

I… believe very firmly that this Festival has played a large part in giving me the time, space and safety to nurture my voice and to find a platform, and the strength and confidence to use it.

it is apparent that there are many reasons to see at least one show during the month of fun, laughter and poignant observation.