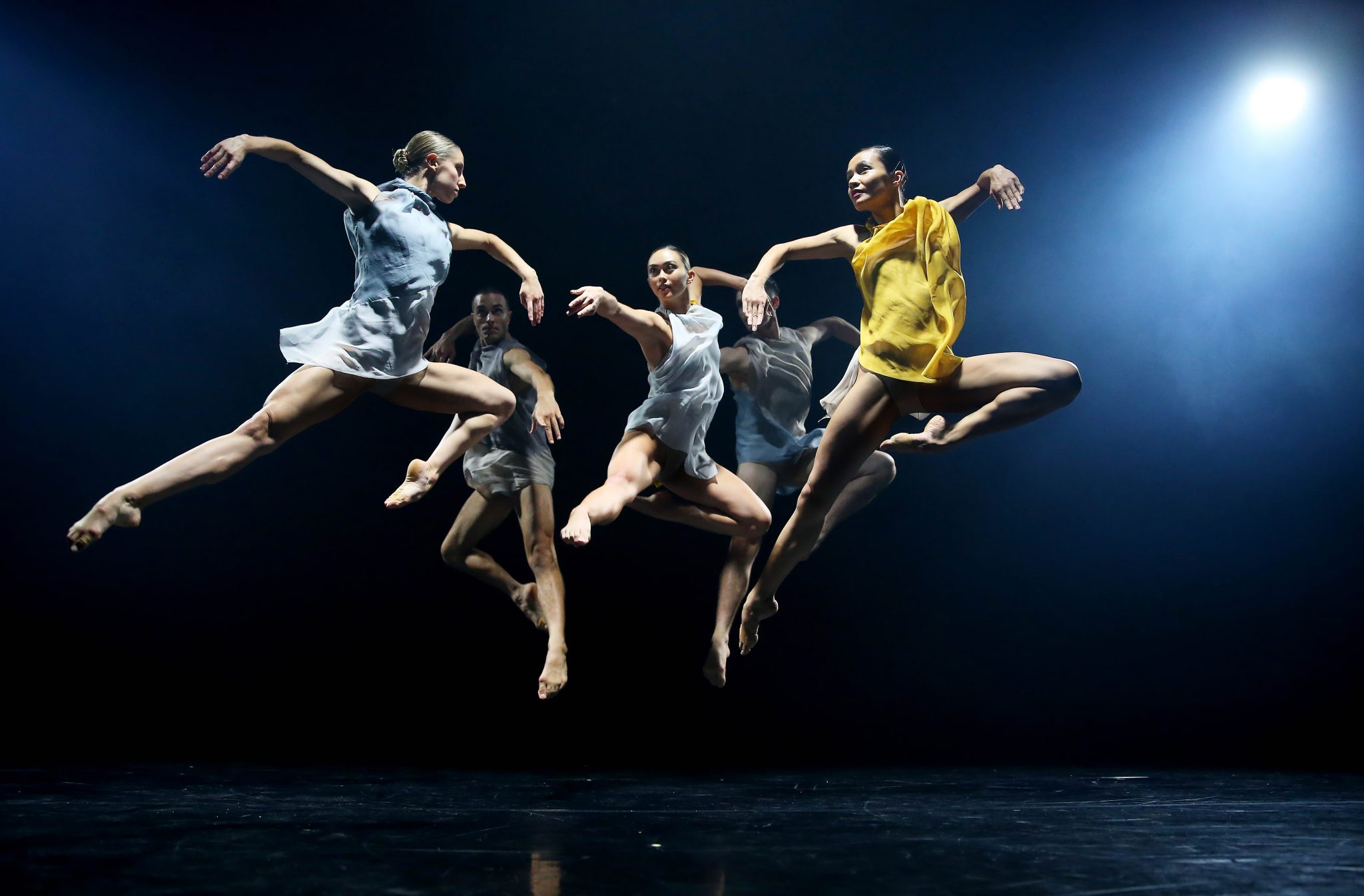 In 50 years, Sydney Dance Company has built an empire of performing artistry with 38 original music scores, 250 words and too many costumes to count.

Sydney Dance Company’s unique 50th Anniversary season ‘Bonachela/Nankivell/Lane’ silences the sold out audience as the works of three phenomenal choreographers are executed effortlessly; the passion of the dancers shine through their expressionless faces while their connection between one another is as fluid as liquid.

The mesmerising performance commences with ‘Neon Aether’, choreographed by Gabrielle Nankivell. This piece consists of eight dancers—seven dressed by Harriet Oxley in chiffon one pieces and one dancer singled out in a red tracksuit-like attire. Through seamless transitions and the use of a voiceover (during the numerous blackouts) the work represents an alternate universe in conjunction with the smokey haze and a combination of warm and cold coloured lighting. Choreographically, this work is repetitive in the sense that it adopts a continuous diagonal placement, asymmetrical spacing and centred partner work. The contrasting canons created by the eight performers introduces variation into the piece when put against the smooth physical connections led by numerous body parts. With an increase in the tempo of the music, vibratory energy is displayed through angular shapes and gestures. Nankivell’s creation of ‘Neon Aether’ is one that leaves the audience wondering; never knowing what to expect would follow one blackout after another.

Rafael Bonachela is the artist and mind behind ‘Cinco’, the second performance in this memorable 50th anniversary show. A “mathematical approach” towards the creation of this piece is inspired by ‘Alberto Ginastera’s String Quartet No.2 Op.26’, which is a piece in five parts, perfect for this five-person creation. ‘Cinco’ is free-flowing routine and leads into the atmosphere of the audience. The calming colour choices of grey and yellow dress-like costumes add a sense of continuity to the piece, despite the occasional canon and percussive elements bringing a sense of individuality. Depth is explored through unintentional shadows created by the white light within the cloudy haze, physical shapes forming a vision for the audience. Artistic director Rafael Bonachela works closely with lighting designer Damien Cooper to bring his vision to life and truly expresses the depth and contrast in contemporary as a modern style.

‘WOOF’ is a 19-dancer piece choreographed by Melanie Lane, exploring the many factors of rational emotion, human fantasy, and empowerment. A haunting animalistic feel is captured from the beginning through stillness, suspension, and unnoticeable movement hidden behind a strobe light. Composer, Clark draws inspiration from both classical and electronic textures to create the musical elements of ‘WOOF’. Similar to the musical element, the costumes develop detail as the routine progresses. Nude attire is gradually covered in black from the paint, imitating gloves on the dancers’ hands. A silent beginning emphasises physical and percussive contact between the dancers with each other and the stage. A continuous ‘Fosse’ jazz style is seen as secondary to the modern day contemporary elements in the ‘out of control’ but somewhat synced piece of work.

This triple bill is an accurate representation of development in the arts over the past 50 years. Sydney Dance Company’s 50th celebration is one not to be missed, discovering an interesting perspective of contemporary dance that has been portrayed by the 90 global choreographers who have worked closely with the Company. 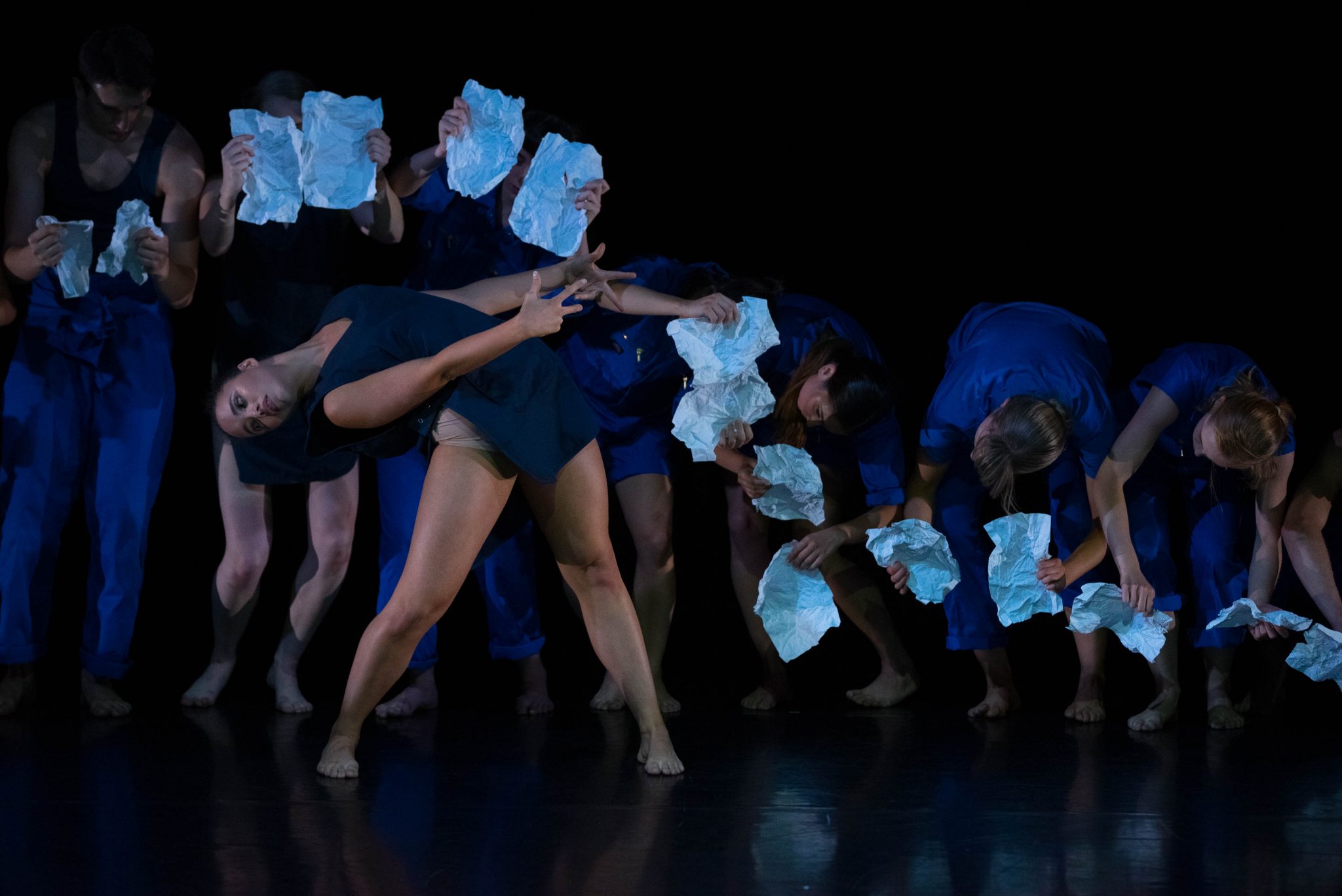