Nobody Puts Transit Dance In The Corner: Neon Dreams And Motion Gallery

Nobody Puts Transit Dance In The Corner: Neon Dreams And Motion Gallery

Transit Dance Performing Arts students hold nothing back in Neon Dreams: The Ultimate Eighties Extravaganza. This 40-minute showcase choreographed by Melbourne’s renowned Yvette Lee is a non-stop eruption of funky tunes and rad moves. The leg warmers are out, the g-string leotards are certainly the rage, and the flesh-coloured stockings shimmer under the neon lights.

It all starts in a somewhat dorky young woman’s bedroom where she dreams of diving into an 80s music clip reality. In that world is a vortex guided by neon lights, shooting through the most memorable songs of the 80s. Tributes rise out of the ashes for the music gods Michael Jackson, David Bowie, Prince and more. The ballad items, including the sweet male-female romance duet, give the audience room to breathe before the high-impact routines like ‘Maniac’ from Flashdance.

Yvette Lee’s style of hip-hop edged choreography is subtle in these routines, however not completely restrained. There are pops and locks that have been translated into 80s style retro movements. The second number is an all-boys cast performing a White Chicks semi reenactment of the club showdown song ‘It’s Tricky,’ sending the audience into a funky frenzy. The boys are flipping about in acrobatics and totally owning the dance floor with gangster expressions. Despite their neon pants, there is something very manly about this routine.

Boys roll out in their 80s breakdance. Photography Paul Malek.

The iconic snippets of choreography are evident such as the maniac on-the-spot running you see in Flashdance as well as Mr. Jackson’s moonwalk. The audience screams at the dancers in awe when they see a familiar piece of choreography. Members of the crowd are pulled up on stage to copy the musical aerobic workouts led by a hilariously talented male dancer. His impeccably ripped abdomen visible above his short-shorts, along with all of the chorus girls’ athletic figures remind us of the true 80s bodacious style.

Transit’s costumes are in line with the 80s craze. Photography Paul Malek.

Completely changing tones, this concept directed by Adam Wheeler is nothing but corners and surprises. The audience is led on a journey through Transit’s concrete walls where each room is filled with a new performance space.

The expectation put on the first year performers by the more experienced students is high, but certainly not unreachable. The students perform with grit and tenacity, while also remaining serious to their own the characters.

Adam Wheeler is a specialist in abstract contemporary works, and the performers do a grand job of keeping the audience on their feet with questions. Each group embraces digital aids such as projections and IPads to enhance their story. Compositionally speaking, the students also incorporate the architecture into the piece, using the steel beams as monkey bars and walls as an acrobatic base. 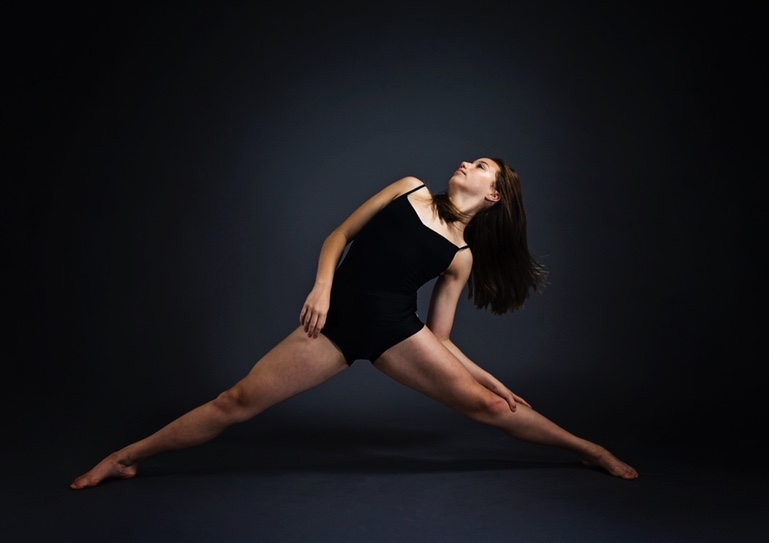 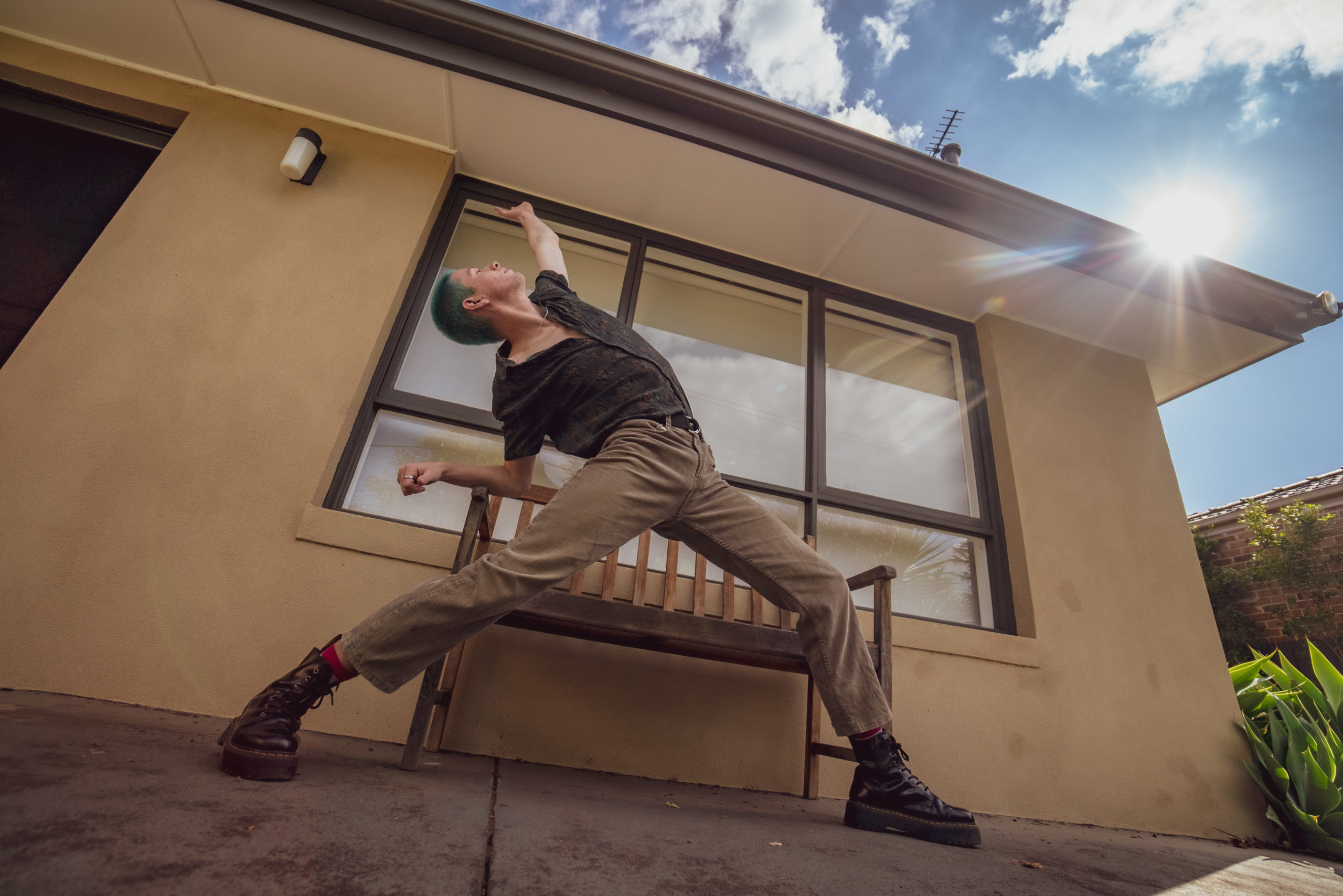